I’ve collaborated with Dusty for many years. He’s a talented musician whose work has traversed many genres. I encourage you to check out his website to see what he’s up to lately.

He and his band, including his bass player who also happens to be his wife, Chelsea Rae, tour quite often. Our latest project was a a whiskey label logo to print on shirts, hats, and beer coozies. Also below, is the cover for his first honky-tonk album. I used watercolors and cardboard, simple materials, to resonate with the down-to-earth feel of the music. Dusty’s guitar riffs are anything but simple however, check out soundcloud to hear a couple tracks from the album. Also there’s and older cover design for Pataha Hiss, a garage rock trio with his wife and Elizabeth Flick. They released the album with Hover Craft Records, you can listen here on bandcamp. 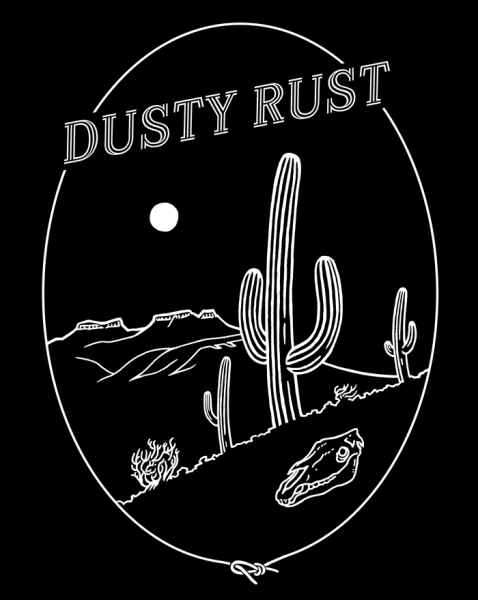 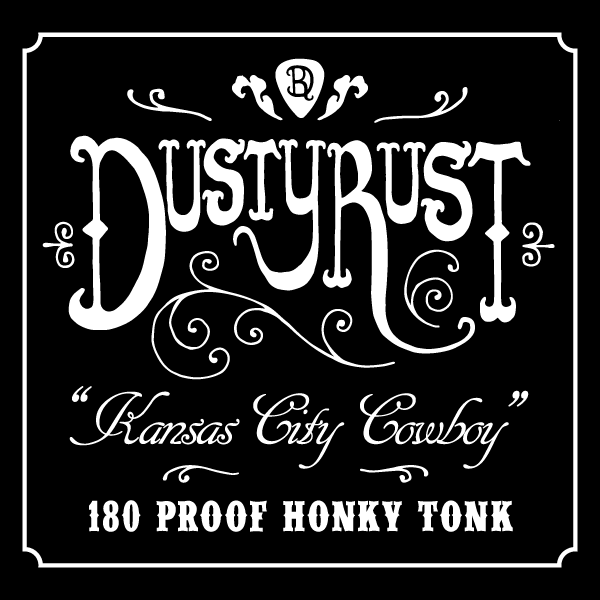 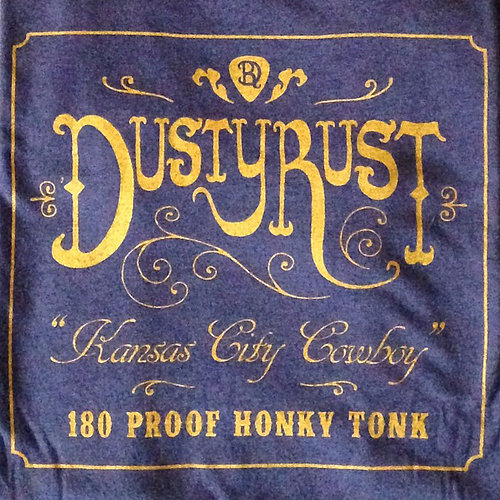 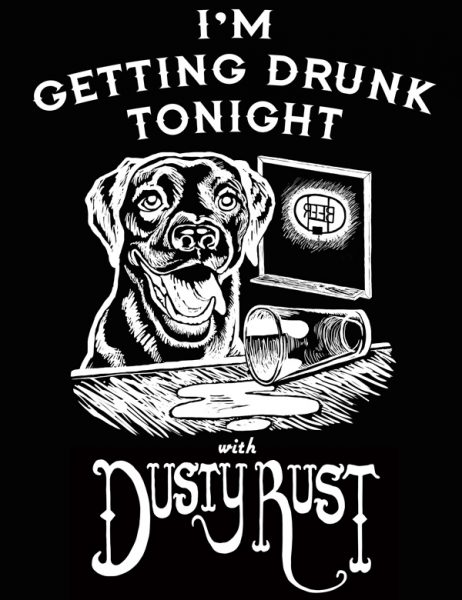 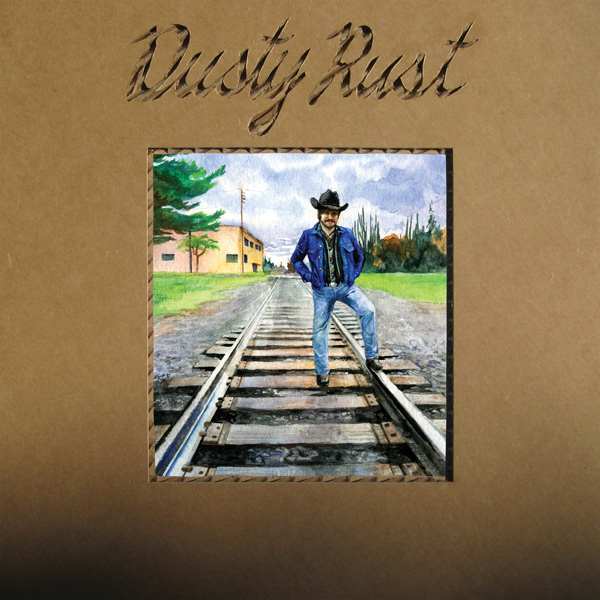 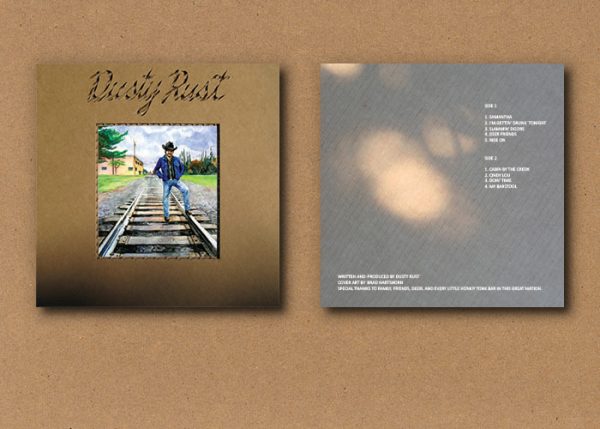 Dusty Rust album cover, front and back side 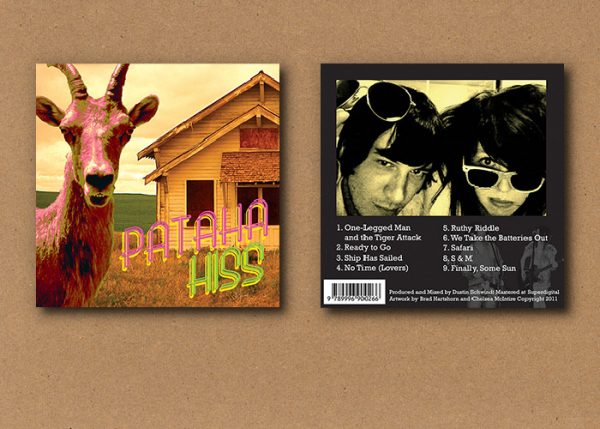